Extraordinary things become ordinary through exposure. Are you taking these 10 amazing things for granted? Learn why you should be grateful for each one.

Over the last month, I asked several people (some of them relative strangers),

“What is something that most people should be incredibly be thankful for but usually take for granted?”

The answers I received were fascinating, thought-provoking and taught me more than I ever imagined. Some of them appear obvious at first — until you understand more of the ‘why’ you should be grateful.

I realized there are many extraordinary things I take for granted daily as you likely do.

Although I had done this just for my own knowledge and learning, the perspectives of some of them I had to share.Here are the 10 amazing things – that seem ordinary or odd –  that I took for granted that now I am grateful for in so many ways.

Memories serve as not only a place of reflection but a place of your identity.If experiences make you the person you are today, then memories of those experiences are the path to understanding and identifying yourself.

I am grateful for my memories because, without them, I have no ability to know who I am or my place in the world. 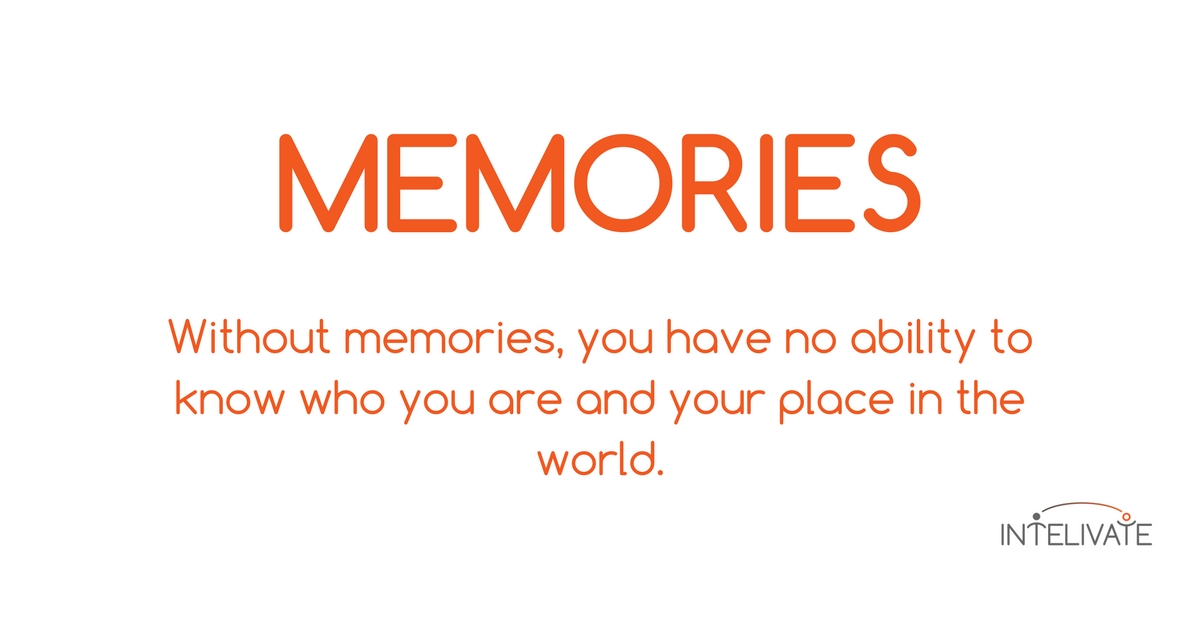 Be grateful for your memories. They define your place in the world.

Be thankful for your memories — the good, bad and boring. They identify you to yourself, so never take them for granted.

They also give you the power to avoid the same mistakes in the future.

This one confused me. I thought carefully about the concept to be grateful for enemies.

I was told that your enemy may not even be a person. It might be an addiction, disease, insecurity, or life-changing event.

Your enemies evolve you at the core. They force you to defend and endure more than you thought possible. 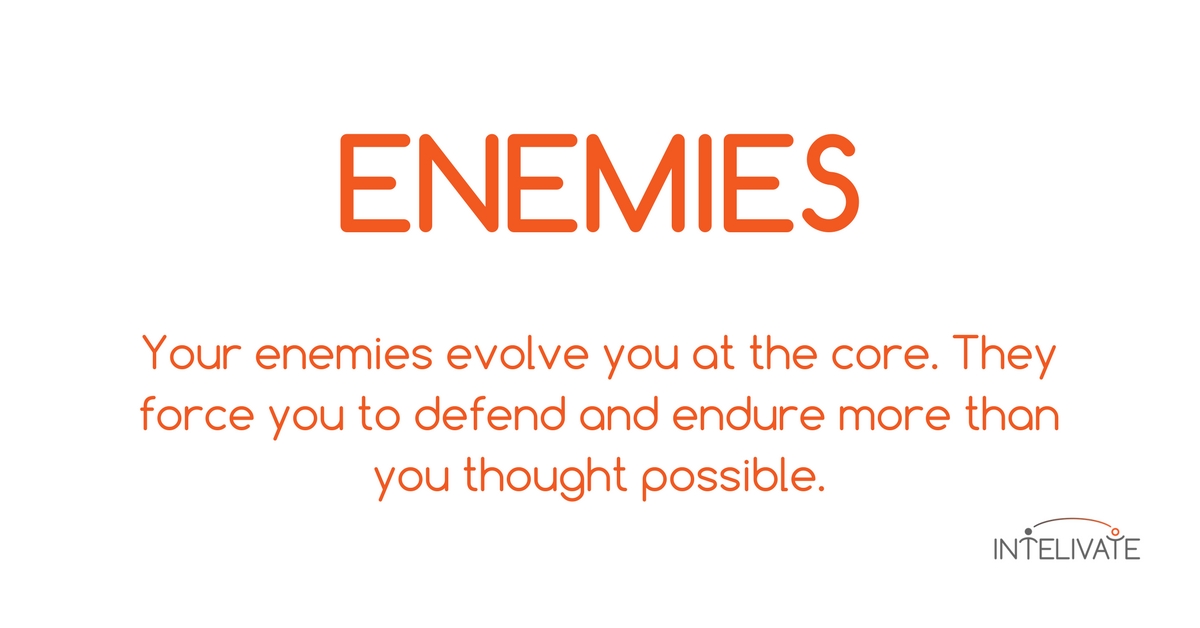 Our enemies teach us many lessons – directly and indirectly – be grateful for those lessons.

You learn a lot through the experience of becoming the champion over your enemy. The best lesson is how to identify your enemy sooner to more rapidly avoid the fight.

Your foes also make you more appreciative and thankful for your friends.

“But what if I make the extra effort to be genuinely grateful for my friends?”

“It’s impossible to reach a level of gratefulness for friends and loved ones until you’ve confronted and won against your enemies. It’s a different type of thankfulness. It’s one you will never lose.”

I got it. Right then.

Don’t take for granted the growth and lessons you gain through your enemies.

I never thought of this one, but being thankful of smell ties into memories and sensory.

From a few of the people who lost senses, and individuals who had lost/gained several, smell was the sense they most appreciated. 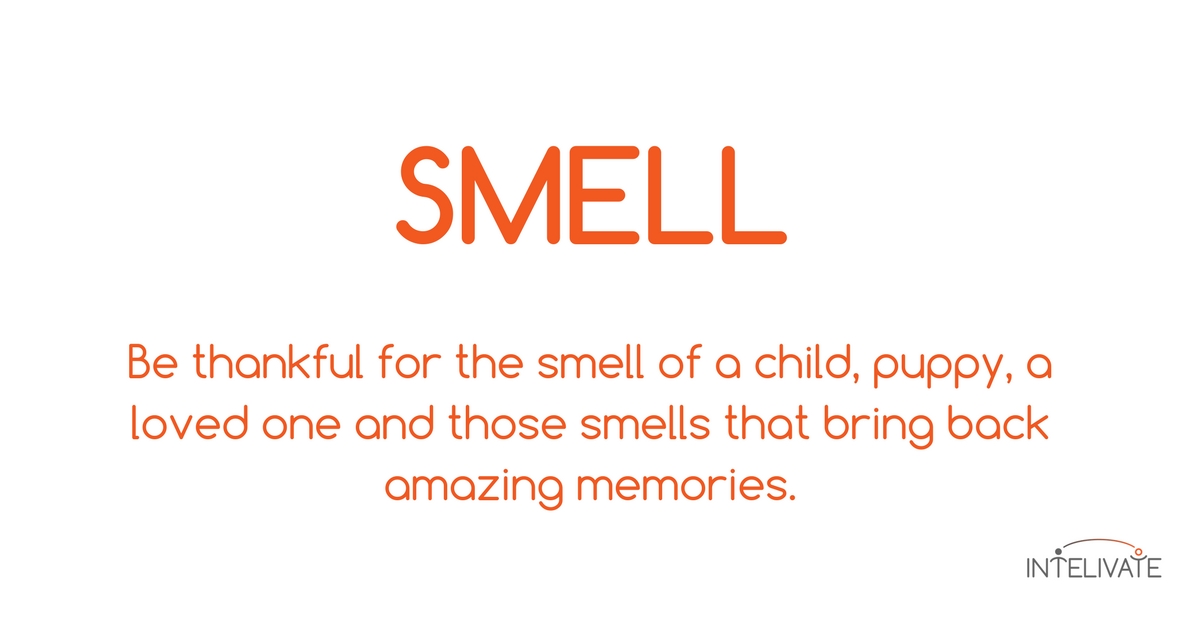 Smell is one of the biggest catalysts to memories. Be grateful for this sense and don’t take it for granted.

Smell is one of the strongest triggers to memories. As you’ve learned, we should never take our memories for granted.

Be grateful for the smell of a child, puppy, a loved one and all those seemingly insignificant smells that bring back beautiful memories.

Envy and jealousy are destructive. However, be thankful for both.

The good norm is feeling deeply and genuinely happy when someone attains something that makes THEM happy.

Are you feeling envy or jealousy?

That feeling is an indication of some void deep inside that needs to be filled, and usually, has nothing to do with what you are envious of and more to do with the person. 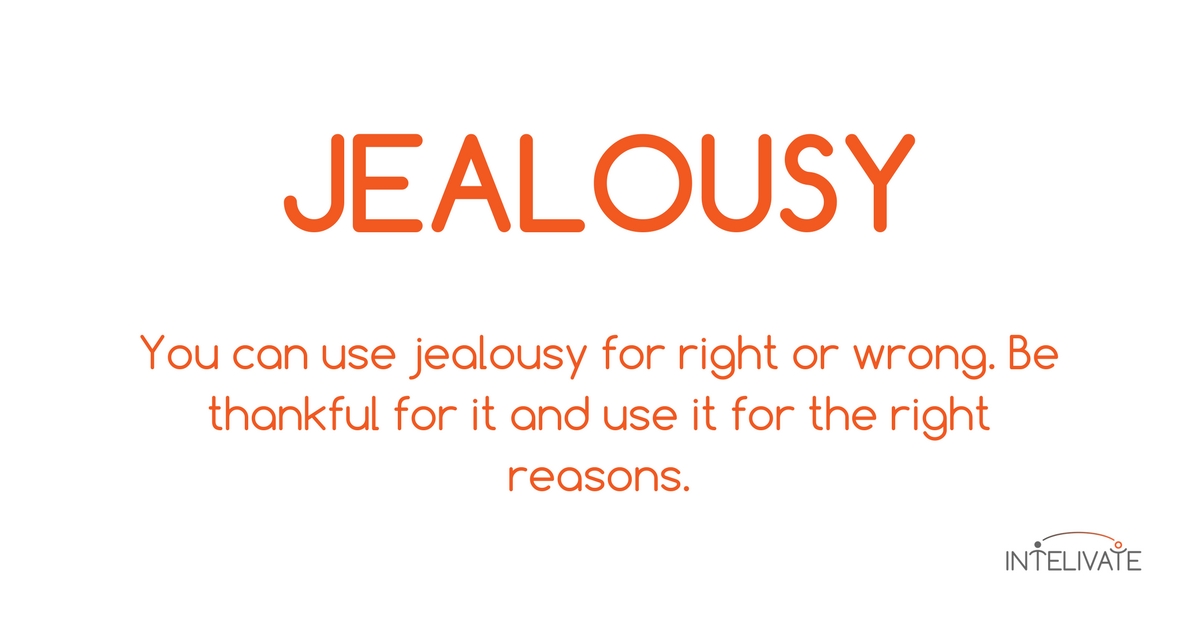 It seems odd to be grateful for something like jealousy. Don’t take for granted what it tells you about yourself and others.

Is someone jealous of you or something you have?

It’s a reminder of what you might be taking for granted and should be grateful for it at that moment. It’s also a reminder to you that you might want to keep that person at arm’s length.

You can use jealousy for right or wrong. Be grateful for it and use it for the right reasons.

To be thankful for allergy symptoms sounds odd. I thought it was insane when I heard it.

RELATED:  Jetsetting Consultant: Life, Love, and War From an Airplane

They are signs that your immune system is working and fighting one of the enemies. 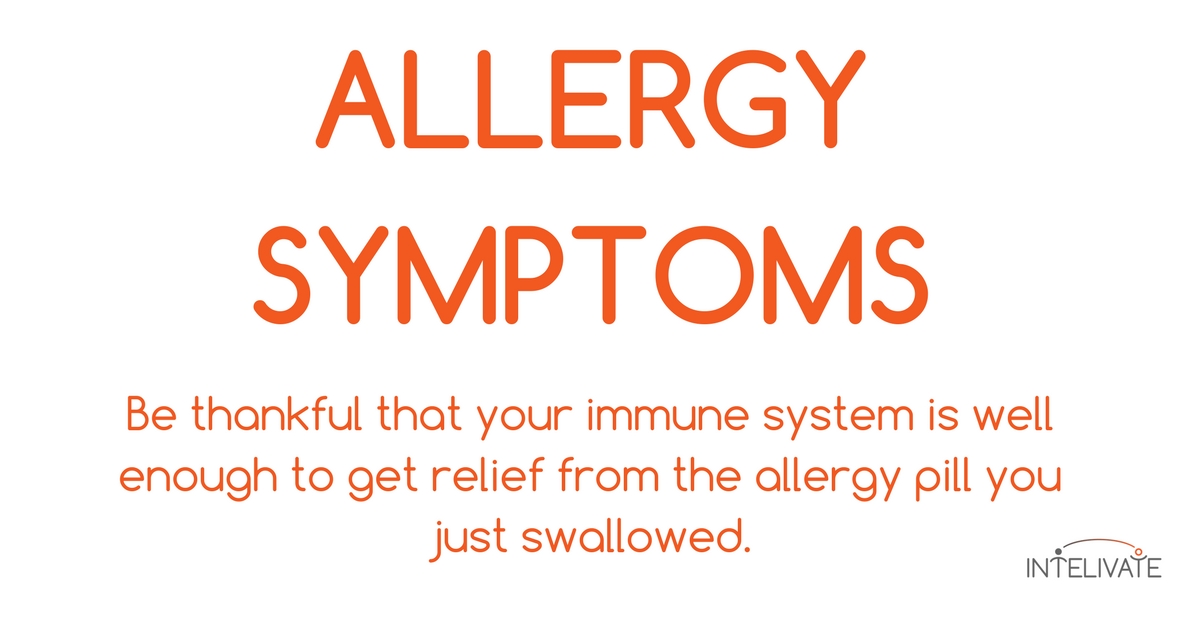 The next time you sneeze because of pollen, be grateful your immune system is working. And don’t take for granted that allergy pill that helps relieve the symptoms.

Many people don’t have an immune system that can combat the allergies that annoy you and me. Instead of a stuffy nose and runny eyes, they run the risk of death.

Be thankful that your immune system is well enough to get relief from the allergy pill you just swallowed. Don’t take for granted that you’ve got access to that allergy pill.

Diversity is a hot topic right now and the person who mentioned it enlightened me with a new perspective.

Most people fight anything different just like they would an enemy or allergy. I’m not just talking about diversity of individuals. 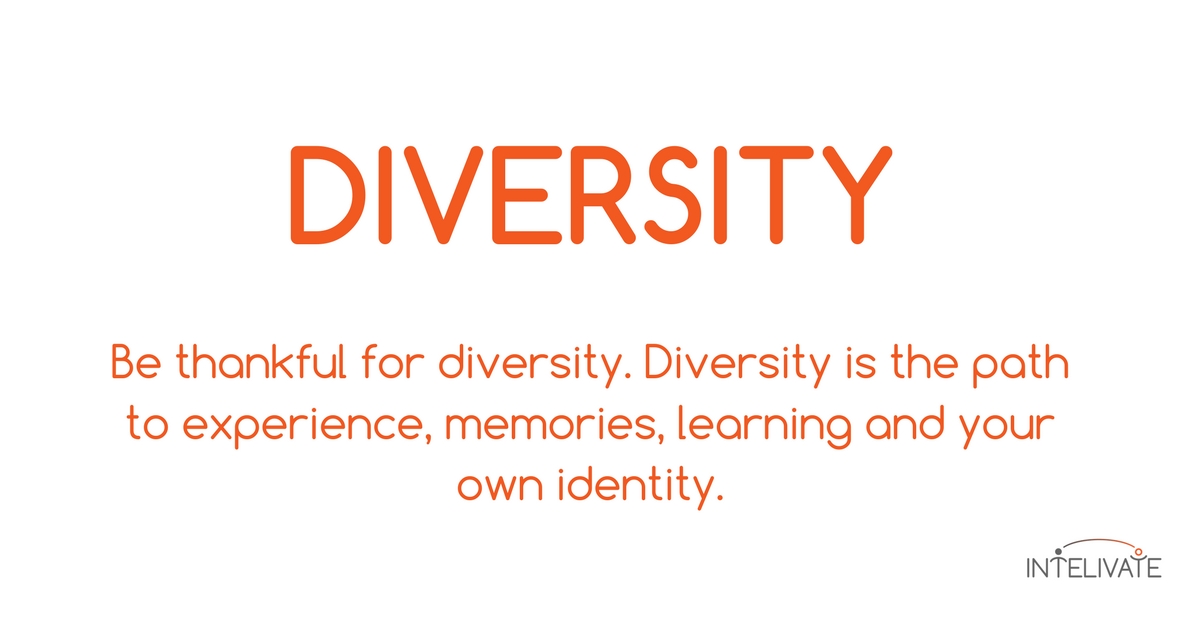 Diversity is the path to experience and memories so be grateful. Don’t take for granted the power of different.

The world has so many different things that happen to include people — cultures, food, plants, flowers, smells, and memories. Be thankful for diversity.

Diversity is the path to experience, memories, learning and your own identity.

Imagine the world in which everything was the same. Everything.It would be heartbreakingly dull. Be thankful for everything different you see, smell, touch, and experience.

This one didn’t seem unique at first until she explained it to me further. You’ll appreciate it and think of heroes in a different way.I’m not talking about the flashy movie heroes or those that are working in the spotlight of high-profile causes.

I’m talking about the people in this world that are doing something — either out of passion or necessity — that will not only make your life better but will eventually save your life. 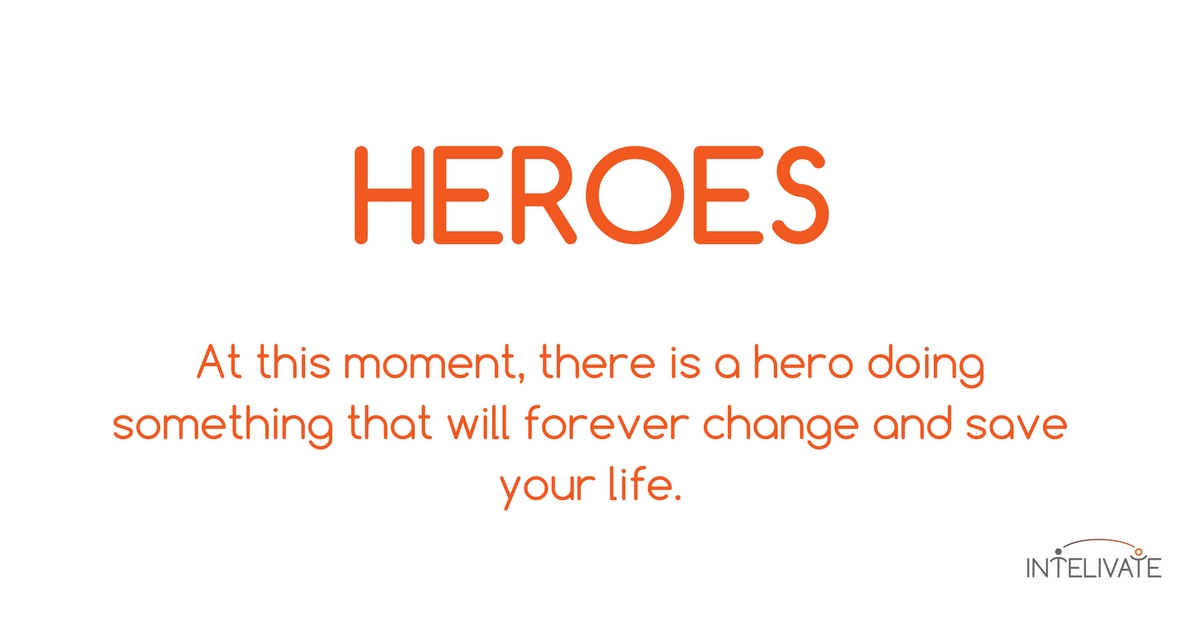 There is someone doing something now that will forever change your life. Don’t take for granted this gift and be grateful.

At this moment, there is a hero doing something that will forever change and save your life. Think about that. It blew me away.

They sacrifice and fight tirelessly for something you don’t even think about at this moment.

So if you don’t appreciate your hero’s efforts now, then why the hell are they doing it?

They know it will save your life eventually. A single life — that’s all that matters to them.

RELATED:  A Letter From My Future Self: 5 Critical Pieces of Career Advice

The majority of them go unmentioned, unknown and unpaid and they wouldn’t have it any other way.

Be thankful for your heroes — the ones that are doing something now that will save your life in some way. You’ll never know them, but they somehow know you.

Curiosity may have killed the cat, but it’s one of the cores of what makes you tick.

Why did you decide to explore the unbeaten path?

Why did you try that exotic food that was still moving?

Why did you unknowingly find a new problem that needed to be solved?

Without the pull of curiosity, nothing would happen. Nothing. Imagine never feeling that curious buzz in your head, heart, and soul. 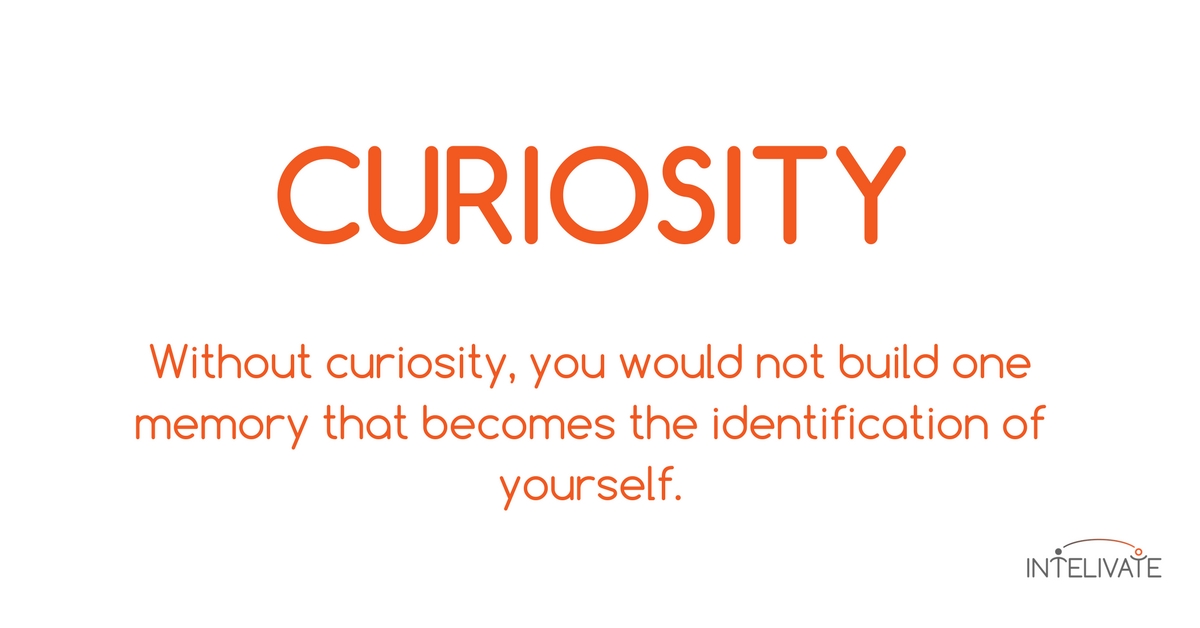 I am grateful for curiosity. It builds amazing emotion. Don’t take for granted that gift.

Without curiosity, you would not build one memory that becomes the identification of yourself.

Be thankful for your curiosity.

Be grateful for the annoyingly curious around you.

All of that curiosity build your personal ID and the world you currently love or the one you long for in the future.

The teachers of the world spur curiosity. Teachers are some of the most curious people in this world and build countless memories each day.

We immediately think of teachers as those in a classroom that are fulfilling their passion to others. Just like friends and foes, teachers come in many more forms than just human. Be thankful for your teachers — every moment of every day. 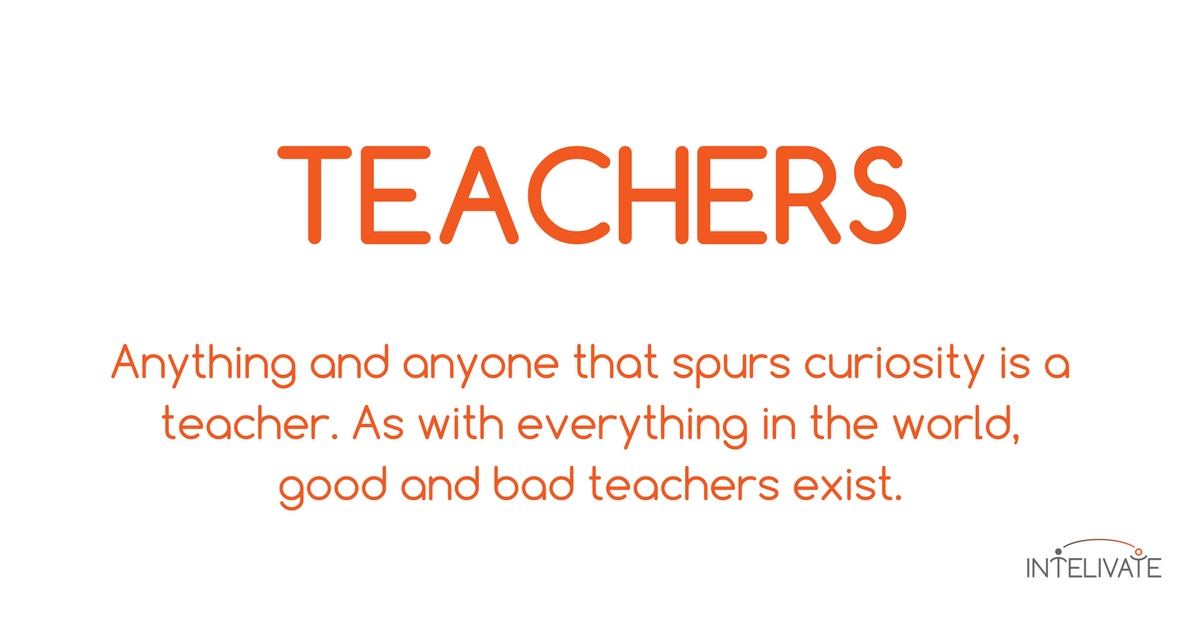 Anything and anyone that spurs curiosity is a teacher. As with everything in the world, good and bad teachers exist. Your memories of experience teach you the difference.

Be thankful for all the catalyst of curious — teachers.

I think sleep is just such a waste of time. Sleep was an an illness to me that needed a cure — until a chat with a wise and experienced man.

Sleep is the conduit to dreams. Whether they awaken you from laughing or screaming in terror, dreams are a mashed combination of so many of the other things that you should be thankful for — memory, curiosity, enemies, heroes, jealousy, teachers, and smell. 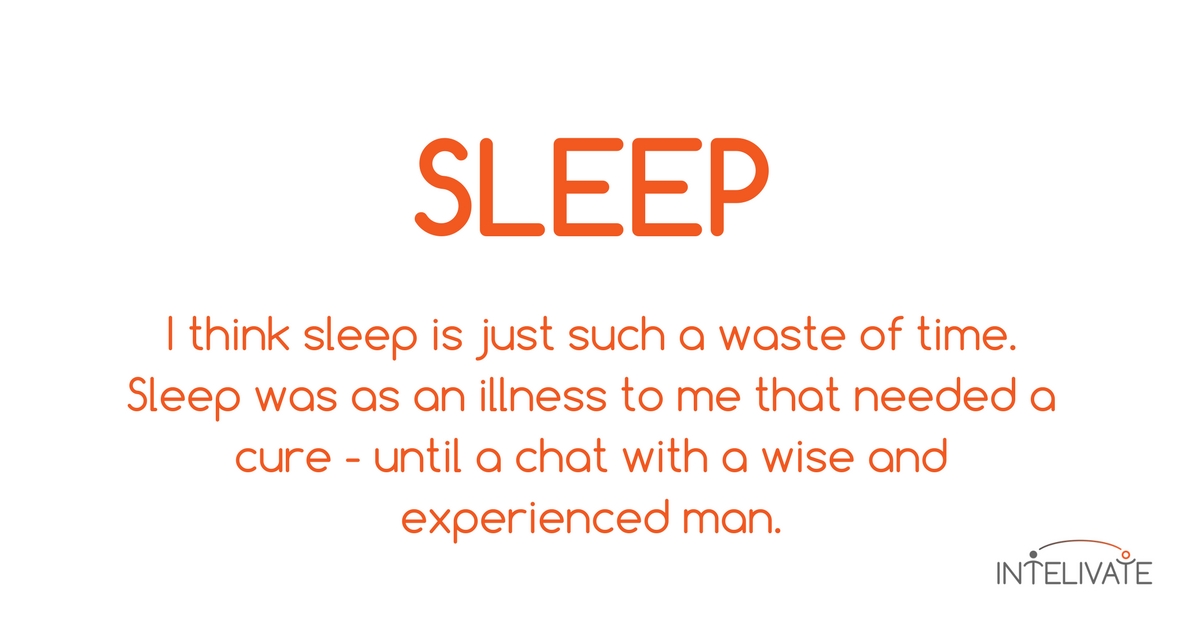 Dreams are reminders, experiences, and reinforcements for so many of the other things for which to give thanks.

Nightmares either remind you to be thankful for what is not your reality or to continue relentlessly down the path out of the nightmare you currently experience.

Hopefully, some of these give you more to be thankful for each and every day. I am profoundly grateful for the different perspectives and am moving these from ‘take for granted’ to ‘be grateful’ in my daily life.

If you know someone that never seems thankful of anything or feels there is nothing in the moment to be thankful for, share some of these to hopefully give a renewed level to be grateful.

Because this started as an exercise of learning for myself, I would love to know if you have any other things we should all be thankful for but often take for granted. Chat with me over on Twitter or Facebook! 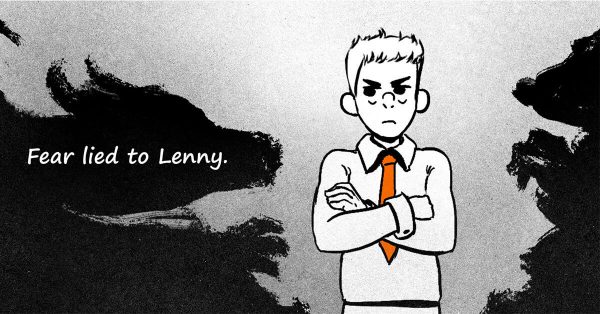 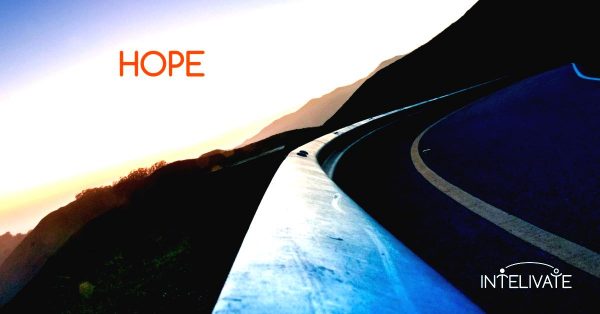 Overcoming Obstacles in Life: 4 Ways Scars Inspire and How They Boost Hope 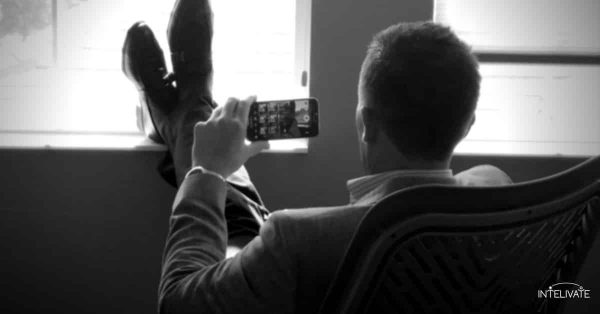 Forgive and Forget is Wrong. How to Do it Right