How to Change Your Life in 5 Steps

Kris Fannin of Intelivate was having an emergency CAT scan sixteen years ago. Learn how to change your life through his story of tragedy to triumph.

Sixteen years ago, I unknowingly began developing a process of change that would forever change my life and career.

It not only saved my life but eventually empowered me to define and expand the life I knew I wanted. And it started while I was seemingly unconscious during a CAT scan.

During this story, I will tell you how you can change your life as well through the lessons I learned from a very dark and tragic time. 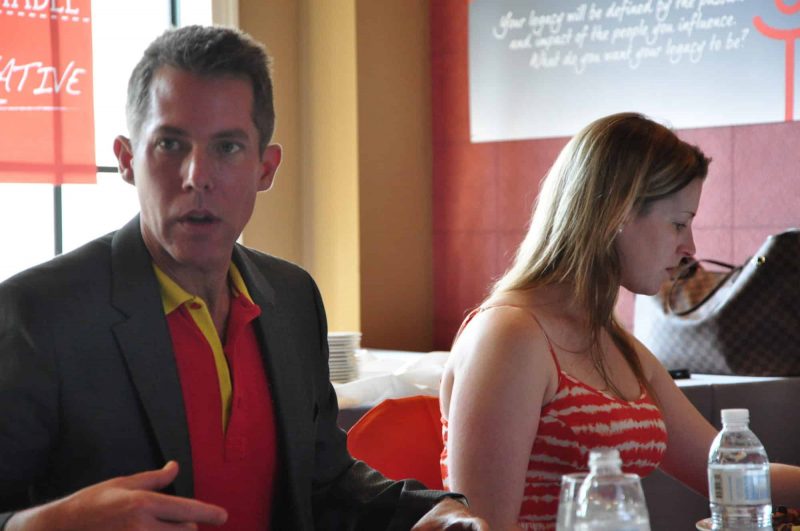 I Don’t Want to Die

I don’t remember the ambulance ride; I do remember the voices. And from those voices, I heard the term ‘TBI.’

Upon hearing what it stood for, my first thought was,

“I can’t lose the ability to use my brain.”

What seemed like seconds later, I listened to the noise of what I can only imagine would be sound inside of a tornado. I opened my eyes, caught a glimpse of spinning light, and my brain told me it needed to rest.

So my eyes closed, my consciousness left, and I was alone.

Surprisingly, my subconscious was very much active and aware – in overdrive, actually – and it was all I had.

And my inner voice whispered, “I don’t want to die.”

Well, that’s a first. Rarely has anything about me ever ‘whispered.’

The specifics of that day are inconsequential, at least for now, although the next couple of articles in this series will inherently reveal the details of that fateful day.

Not wanting to die apparently is a strong motivator to figuring out how to change your life.

What is imperative to know, however, is that everyone I knew – including everyone I would subsequently meet – was telling me that none of this was my fault.

“It’s beyond your control,” they said.

People said I was the victim – which was incredibly difficult to accept and evoked some of the darkest feelings I’ve known, feelings I couldn’t allow to enter my subconscious.

So, I redirected my internal dialogue – my secret conversation – to something I could control.

And while my brain needed rest, my mind was ready to work. And so began one of the most important ‘secret conversations’ with myself.

Unaware at the time, I would go on to accomplish some fantastic things from that one conversation.

It would lead me to a journey of happiness, a personal journey building the Wealth of Myself.

Secret conversations are the ones you have with yourself that start with a small thought, idea or fear. We all have them.

But what do we do with them?

Sadly – and most of the time – nothing.

“I don’t want to think about that.”

“I’m too busy to do anything with this now.”

“I’m too scared to think about this.”

“I don’t even know where to start.”

“There’s nothing that I can do about this.”

We use those excuses to justify complacency about what we know – on some level – we need to do everything about and now.

I made those excuses; it’s easy to do nothing. I still choose nothing at times.

But through time, experience, countless failures – and even more successes – I’ve become confident acting upon these secret conversations.

The secret conversations you have with yourself are often the key to understanding the first step in how to change your life. Listen to the messages in these conversations.

It was a lot of work. It was terrifying.

And although it wasn’t easy, it eventually became simple. But easy is different than simple. Understanding the operational – and directly oppositional – differences in these two grammatical synonyms have been critical to the successes that have come from these conversations.

Easy is Lazy. Simple is Hard.

Easy is lazy. I remain very ignorant regarding anything I decide to make easy.

Anything I don’t deem impactful and don’t care about is never simple, but it quickly becomes easy.

I am required to learn nothing about everything I want to be easy.

Easy requires no growth of me as a person.

Nothing that is easy will ever change your life.

I become brilliant in anything I strive to make simple.

Anything I deem impactful and worth doing is never easy, but it eventually becomes simple; it evolves into instinct, autopilot almost.

I eventually don’t even know I’m doing it.

I am required to learn everything about anything I want to be simple.

Simple is the only thing that has grown me as a person.

As you will come to realize, simple is critical in determining how to change your life. 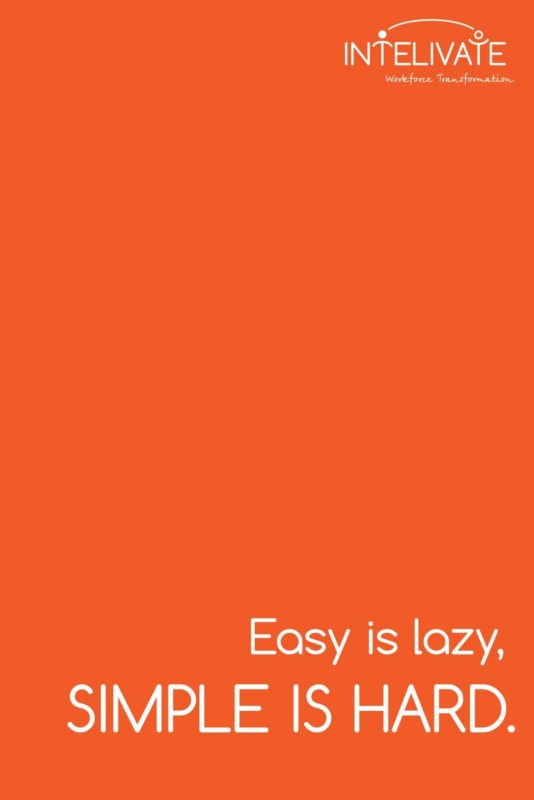 By keeping many things easy and limiting what I make simple doesn’t make me lazy, it makes me smart. If I don’t prioritize what I change about myself, I’ll fail and change nothing. I’ve done exactly that in the past – failed many times – and learned from it.

It was not an easy lesson to learn but has since become simple.

During my secret conversation in the middle of the CAT scan tornado, my mind was preparing my brain to understand this. I couldn’t afford to be lazy with what needed to change.

But my brain still needed some rest so, in that pivotal moment, my mind had to lay the foundation.

Leave your brain out of it … at first.

I felt the most incredible calm and peace during my conversation, probably the calmest I had ever experienced.

“Oh, so this is what they are talking about when you die. But where in the hell is the light?”

While my brain was in no condition to start doing anything with the work my mind was doing, I began to understand the power – and the different purpose – of the mind relative to the brain. Not at that moment, but the realization began then.

And with something as hard as changing myself, my mind needed to do the first heavy lifting without the brain trying to solve with logic.

The brain can get in the way at first – usually with logic, spelling out all the reasons why you can’t or shouldn’t change – but plays the most critical role later in the process.

It seems so illogical to exclude your brain early in the process, but that’s the point.

Without logic, you can identify the most impactful changes for your life, career, profession – or whatever you seek to change.

Sixteen years ago, I involuntarily learned this lesson.

Understanding this lesson was one of the most beautiful gifts that I have given myself – and still do  – and has allowed me to make some of the most impactful changes in my life.

And because my mind was still very actively working, I had an inner peace that everything was going to be alright.

RELATED:  Why Change Initiatives Fail and How to Mitigate the Risks

But the real job was mine; I would have to do most of it.

As we learned from Lenny, I would thankfully realize that I wouldn’t – and shouldn’t – have to do it alone. The ‘light’ I wanted to see wasn’t just going to appear suddenly; it was up to me to create that light.

Successful change MUST begin with your mind.

Any significant and sustainable change – and this is critical – starts with mindset. You have to want it – otherwise, you’re just going through the motions.

Someone can tell me what I need to learn and change – and sometimes that’s how it begins – but I eventually have to want it.

Particularly for the challenging changes, I am going to have to want it – really, really want it – or it won’t sustain. What I didn’t realize is that the process that I would use first to change me would be the same process that would eventually become the core of Intelivate.

It’s the same process we use to change anything in our management consulting engagements – clients, organizations, leaders, business process, training, and, just as importantly, Intelivate.

But most importantly, it’s the process I use almost daily to change and evolve myself to become the Kris Fannin that I want to be – and am confident I can become.

Oh, how far that process has come – how far I have come – since that secret conversation during that CAT scan.

If the desire for change is fueled properly – and you want it – it will so very much be worth it.

Because you are worth it.

How to Change Your Life in 5 Steps

So what’s the process? Five steps.

Five steps? That’s IT? Easy. My coffeemaker requires more than that. 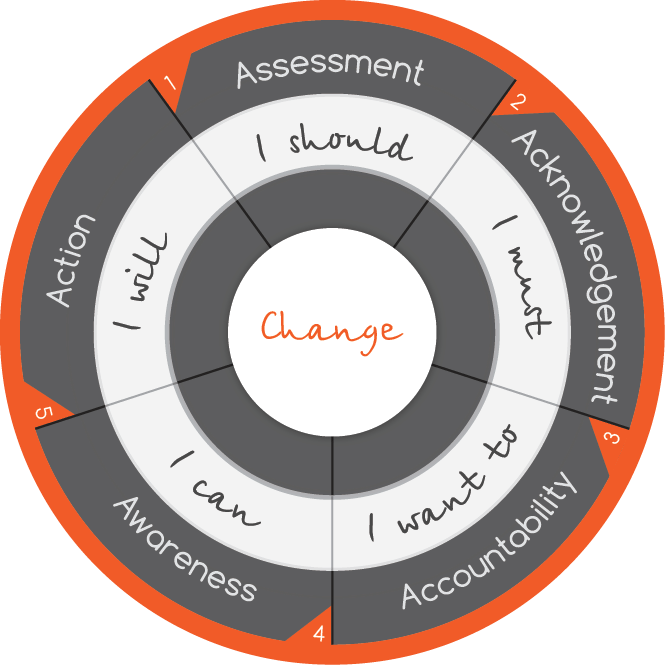 And now knowing that ‘simple’ is hard, that means it’s going to take a lot of work.

So I’ll share my journey – successes and failures – with the hope that, at the very least, you can avoid my failures as you choose the path of how to change your life.

Part 2: Time for a Change? Here’s How to Find Out.

Part 3: Why Change Fails and How to Navigate the Risks 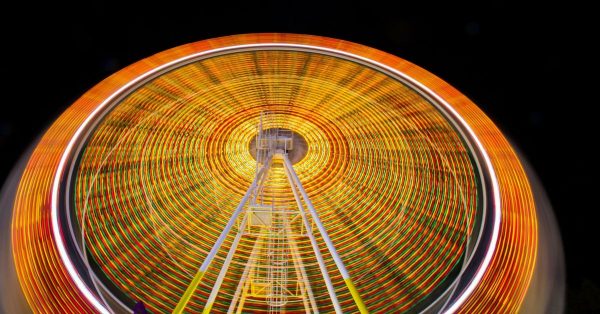 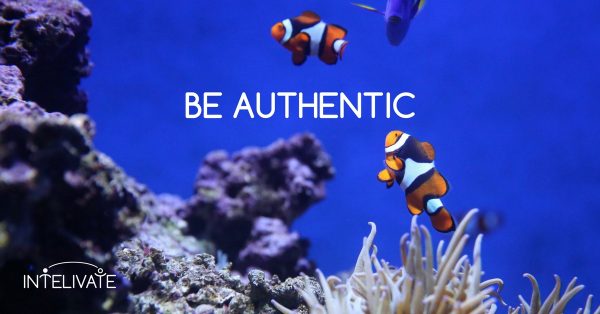 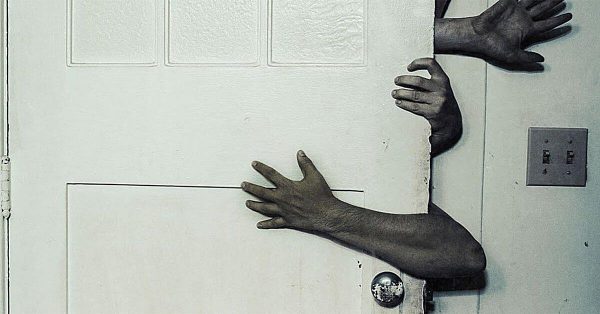 Time for a Change? Here’s How to Find Out.